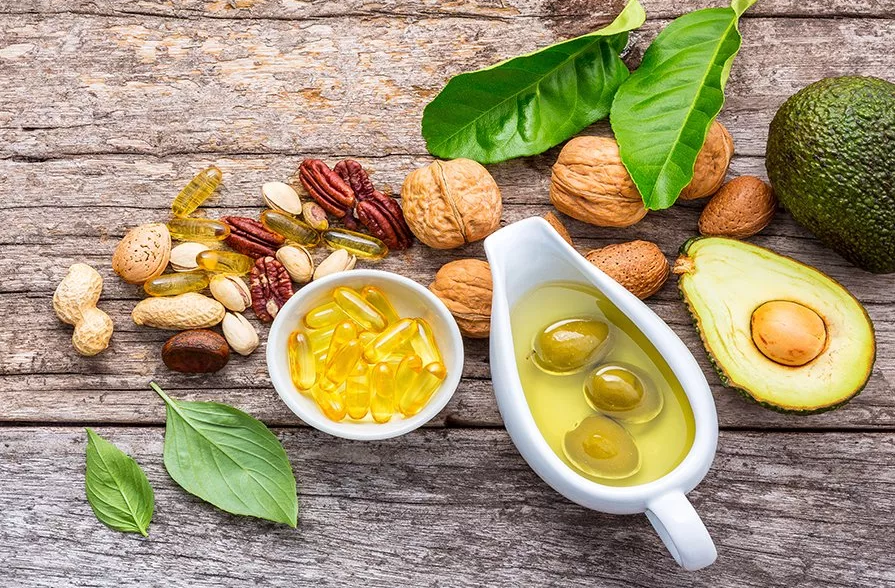 A 2002 article in the journal Biomedicine and Pharmacotherapy was one of the first to call attention to a health problem that has only grown over the last two decades (as evidenced by the paper’s more than 3,900 citations to date): an imbalance of omega-6 and omega-3 essential fatty acids in the Western diet.

Author Artemis Simopoulos of the Center for Genetics, Nutrition, and Health in Washington, D.C., suggests that humans evolved eating roughly equal amounts of omega-3 and omega-6. In the typical Western diet, however, the ratio is at least 1 to 15. Today we eat less fish, nuts, berries, and green leafy vegetables, all of which are prime sources of omega-3, and far more cereal grains, which are high in omega-6.

Just as soy and corn have displaced nuts and berries in our diets, omega-6 has essentially displaced omega-3 in our bodies. It’s a zero-sum game with serious health consequences. This dramatic departure from the diet to which humans are genetically adapted – characterized by a large and relatively sudden disparity in omega fatty acid intake, as Simopoulos frames it – contributes to chronic health conditions increasingly afflicting the United States and other Western countries like hypertension, obesity, diabetes, and many cancers.

Her observations – and prescient reference to the concept of a “therapeutic dose of omega-3 fatty acids” – seemed to anticipate the emergence of the modern global omega-3 supplement industry, which was valued at $5.18 billion in 2019 and continues to grow every year.

What Simopoulos didn’t understand at the time, and indeed no one did, was the role in all this of the endocannabinoid system (ECS). The ECS had been named for the first time in the scientific literature only a few years earlier in 1996, and isn’t referenced at all in her paper.

When our omega fatty acid intake deviates too far from the ratio with which we evolved, everything from our brain to our gut may be thrown off balance.

Researchers have since learned a lot about the role of the ECS in mediating the health effects of “essential” omega fatty acids, so named because they can’t be produced by the body in sufficient amounts and therefore must be ingested. These advances could in turn lead toward other potential therapeutics and interventions that specifically target the ECS to help treat chronic diseases.

Though there’s admittedly far more to the story – a story that gets increasingly complex the longer you follow it – omega fatty acids interact with the ECS in two key ways. The first has to do with endocannabinoids themselves, which are in fact byproducts of omega fatty acids. Endocannabinoids are compounds that bind to the cannabinoid receptors CB1 and CB2, among other receptors and targets in the body.

The second way omega fatty acids interact with the ECS specifically involves the CB1 receptor, which is concentrated in the brain and nervous system but also plays a role in inflammatory processes. And inflammation, as we now know, is central to many chronic diseases.