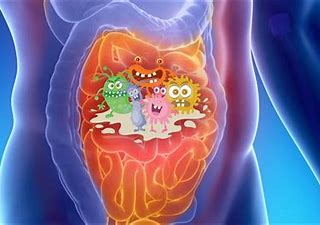 Living inside and on each of us is a vast population of bacteria, fungi, protozoa, and viruses. Cumulatively, the microbiome includes as many cells as the human body and encodes 100 times more genetic material than the human genome. Up to 1,000 different species of bacteria live in the gut alone.

With this knowledge has come the realization that the microbiome is a key player in human health, affecting everything from mood to metabolism. Microbiota inside the gut – a hollow tube extending from the esophagus through the intestines to the anus – play a huge role in human disease. Disturbances to this system, also known as the gastrointestinal or digestive tract, have been associated with obesity, cancer, and neuro-degenerative disorders such as Parkinson’s and Alzheimer’s disease.

How it all works is a subject of ongoing scientific inquiry, one whose central discoveries have been widely publicized in popular and mass media in recent years. Yet there’s an important aspect of the link between human health and the microbiome that has received almost no attention outside the often obscure world of scientific journals: the role of the endocannabinoid system (ECS).

Current thinking suggests that the ECS serves as a sort of bridge between bacteria and the body itself, including the brain, relaying signals back and forth in a symbiotic, mutually beneficial relationship. At least that’s how it should be – but chronic imbalance or impairment of the gut microbiome, also called dysbiosis, can harm physical and mental health.

In the most basic sense, humans and other animals influence the “bugs” in their gut primarily through their diet, including the intake of so-called probiotic foods that promote a healthy microbiome. These bugs in turn help break down food and make nutrients more available to the body. We provide them sustenance and an amenable place to live, and they help us extract as much nutrition as we can from food in the digestive tract.

This in itself is awe-inspiring. But it also turns out to be incomplete. Groundbreaking research has shown that we also impact our gut microbiome through not only exercise and certain pharmaceuticals but also the consumption of cannabis, all via the common path of the ECS.