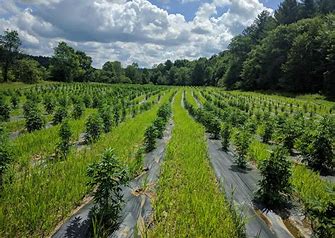 Hemp is among the oldest domesticated crops known to humankind. Hemp history dates back as far as 8,000 B.C.  Presidents Washington and Jefferson both grew hemp. Americans were legally bound to grow hemp during the Colonial Era and Early Republic.

Hemp was grown and used in many areas of the world. Its use in the United States was extensive, up until the 1937 Marihuana Tax Act was passed. The act, intended largely to protect the interests of the paper industry, lead to the prohibition and criminalization of cannabis.

Since the 1930’s, hemp and cannabis have been illegal in the United States and significantly eradicated. That started to change in the 1990’s, when states began to implement medical marijuana laws. In the last 20 years, regulations have loosened significantly, particularly when it comes to low-THC hemp varieties.

Hemp is a fascinating yet highly misunderstood plant. It has many different uses in the modern age, and throughout history it’s been used for manufacturing, cooking, medicine and more.  Today, every state has different laws when it comes to cannabis, but CBD itself is legal in most states. See our CBD FAQ page for more information on the legal status of CBD products.