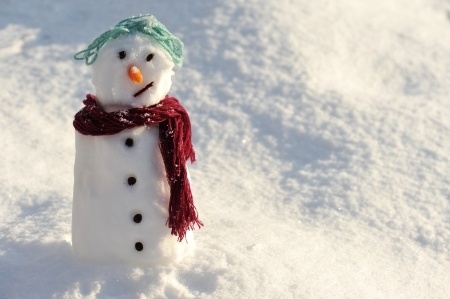 Whoever wrote “The Most Wonderful Time of the Year” never had to spend an entire Christmas alone while cheers and laughter erupted from the apartment down the hall.

Fortunately, psychological research suggests some effective strategies for the holiday blues—and flags some especially unhelpful ones. The upshot is that sadness and other tough emotions are not afflictions that we should try to avoid or overcome. Instead, if properly understood, they can help contribute to a healthy—and happy—life.

Here are four strategies to help you craft your own happiness recipe this holiday season (and the rest of your year).

At family gatherings with cousins you secretly can’t stand and in-laws who dole out backhanded compliments, it can be tempting to put on a happy face while you seethe inside. Indeed, that might even seem like the most mature response—no drama, no conflict.

But a 2011 study by researchers at Michigan State University and West Point might make you think twice. They followed dozens of bus drivers for two weeks, looking to see when they flashed fake versus genuine smiles at their passengers. (Bus drivers do a lot of smiling, it turns out.) The results show that on days when the drivers tried to put on an act and fake a good mood, their actual moods got worse. This was especially true for women.

Similarly, a 2012 study led by Maya Tamir of the Hebrew University of Jerusalem found that people who wanted to feel happy even when a situation called for a different emotional response, like anger, actually reported less happiness overall. And research by Iris Mauss of UC Berkeley suggests that people who really want to be happy actually derive less happiness from positive experiences, apparently because their expectations are too high. Again and again, trying to force happiness seems to backfire.  Read Full Article       Shop