Reconnect with Spirit thru Art 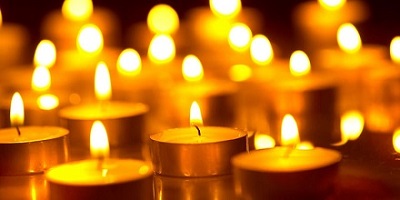 “I can’t draw a straight line.” “I have no creativity. I really envy people who do.”  I used to feel badly when people made these comments after looking at my artwork. I never believed these statements were true but felt very fortunate to have been brought up in a home where artistic expression was promoted and valued. My mother was an artist and art supervisor for the local public schools.

My fondest memories of childhood summers included the times my sister and I spent on our front porch creating artwork under my mother’s supervision. She would plan her lessons for the school year having us create examples. At an early age I had the opportunity to work in a variety of mediums. My mother also took advantage of other “teachable moments” to point out the colors in a sunset, the iridescent feathers on a bird, the way light and shadow played across the landscape. I grew up learning to see with an “artist’s eye” and for a good part of my adult years, I thought that everyone saw that way.

It wasn’t until I began to question people close to me about what they were seeing when looking at a fabulous sunset or the colors on the trees in the distance, or the shapes of the late afternoon shadows that I realized that they were not seeing what I was seeing, and I wondered why. Intuitively, I knew my mother’s early influence had affected me, but it wasn’t until I read several books on creativity that I began to understand more fully. Drawing on the Right Side of the Brain by Betty Edwards had the greatest impact. It was published over 10 years ago, but it is still valid today. In this book, based on the research of Roger Sperry, who won the Nobel Prize in 1960 for researching the duality of the brain, Betty Edwards shows how people can be taught to perceive in a different way through accessing the right side of the brain.  READ FULL ARTICLE    SHOP