What is the “Entourage Effect” and does it make CBD more effective? 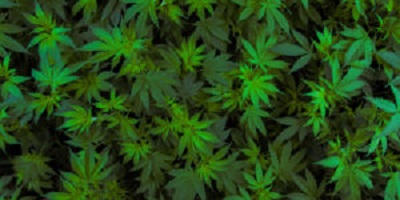 If you’ve researched CBD’s effects on the body, chances are you’ve run into something called “the entourage effect”. This term refers to the theory that cannabinoids work better in tandem, and that isolated cannabinoids may not offer the same benefits.

There is fierce debate over whether the entourage effect is real, or just a theory. Some scientific studies have found that there is some sort of relationship between the cannabinoids, and that consuming a variety of cannabinoids at the same time may have a stronger effect than any single isolated cannabinoid. However, the research is far from conclusive.

This blog will introduce you to the entourage effect, and explain what it means for you in relation to CBD products.

What is the Entourage Effect?

The entourage effect is the theory that all cannabinoids work together in the body, producing more potent effects than any individual cannabinoids can produce on their own.

Adding to this, some researchers also believe that secondary components of cannabis, including various terpenes, may also participate in the so-called entourage effect.

In other words, proponents of the entourage effect believe that cannabis as a whole has greater effect than CBD – or THC, for that matter – does on its own.

From a purely logical perspective, this idea makes sense. Cannabis has more than 120 phytocannabinoids, along with dozens of terpenes and other potentially active components. It’s only logical that the effects of cannabis would come from more than just the primary cannabinoids.

Much of the research surrounding cannabis has focused on cannabidiol (CBD) and tetrahydrocannabinol (THC). Backers of the entourage theory believe that researchers should shift their focus from studying solely CBD and THC, to focus more on studying cannabis as a whole.

What does the entourage effect theory mean for users of CBD oil?

A few things are important to keep in mind. For one, the entourage effect indicates that full spectrum CBD oil may be a better choice than CBD isolate.

Full spectrum extraction maintains the natural cannabinoid profile found in the hemp plant. It includes all the phytocannabinoids, along with terpenes, amino acids, chlorophyll, and more. It’s likely that all these components work together, potentially increasing the efficacy of the product.

Secondly, it seems likely that small amounts of THC may improve the efficacy of CBD products. Legally, CBD products are not allowed to contain more than 0.3% THC. It’s unclear whether or not this low of a concentration is enough to produce the entourage effect. Which leads us to our next point…

Is CBD Only Effective when Combined with THC?

In short, no. CBD is effective on its own. We know this from clinical data, as well as anecdotal reports from millions of CBD users.

With that said, it’s certainly possible that THC may increase the efficacy of CBD. Some studies have indicated that the pain-relief effects of cannabidiol are particularly amplified when combined with THC.

The effect also works in the other direction. For example, some research has indicated that CBD may help to dampen some of the unwanted effects of THC, including anxiety and fatigue.

In the end, we don’t fully understand the effects of Cannabis sativa. Scientific research has not fully evaluated the plant and its myriad effects on the human body. Likewise, we don’t fully understand the importance of the entourage effect – although the consensus does seem to be that the effect is certainly real. Research into the entourage effect is ongoing – stay tuned to learn more!